Dicot is currently running a project to develop Libiguin® towards a registered drug.

Dicot develops the drug candidate Libiguin®, the drug for the treatment of men's sexual dysfunction. A pre-clinical development program is underway, where the substance’s pharmacology and kinetics are studied both in vitro (in simpler cell models) and in vivo (in animal models) relevant to the indication areas that Dicot is targeting with Libiguin®. Within this program, a comprehensive safety evaluation is also being carried out to investigate possible side effects. These tests must be completed before an application can be filed for permission to start a Phase 1 clinical trial.

The Raw Material For Libiguin®

The pharmaceutical substance, Libiguin®, was originally identified from a decoction from the roots of the Neobeguea Mahafalensis tree from Southern Madagascar.

The decoction contained so many different substances that it took several years for Dicot to finally identify and purify the molecule that produced the increased sexual ability of the men in Madagascar. These roots cannot be used as the raw material for large-scale manufacturing of the drug Libiguin®. The levels of Libiguine’s active substance in the roots are too low for extraction on a larger scale, and the roots cannot be harvested sustainably without damaging the trees.

Dicot has identified similar molecules, called phragmalins, that can be extracted from seeds from other tree species. The phragmalins themselves do not have the desired pharmacological effect but can be further synthesized in a number of steps to Libiguin® molecules, which is the pharmaceutical substance used in the drug.

Seeds can be harvested in a sustainable way, which also provides seasonal work for the locals. The trees grow wild in Africa in a number of sub-Saharan countries and the seeds are not used to any significant extent by the local population, which means Dicot does not compete negatively for the source of raw materials.

Dicot follows the "Nagoya Protocol on Access and Benefit Sharing" https://www.cbd.int/abs/. The Nagoya protocol regulates how the biologic resource is obtained, how it is used in research, product development, and how profits from its use are distributed.

This is to ensure that the collection and harvesting of seeds is done correctly and sustainably and that the countries of origin and villages where the seeds grow will benefit both during the development stage and from the future commercialization of the Libiguin® drug.

The photo shows the harvested fruits being opened and the seeds taken out. 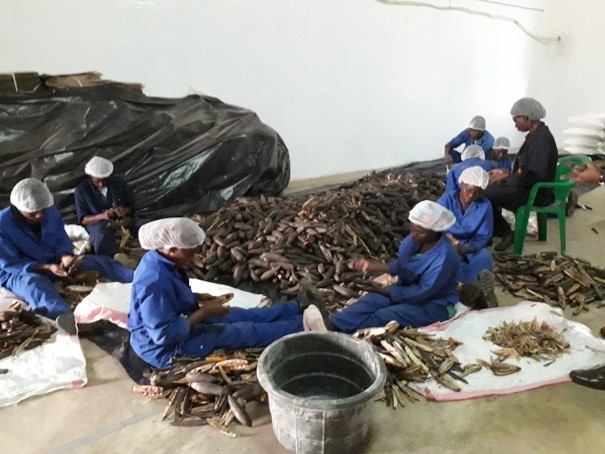 After the Libiguin® molecule was identified, a lot of time and resources have been spent in recent years to develop and scale up the production of the pharmaceutical substance. Extraction conditions have been optimized and analysis methods have been developed. Techniques have been required to purify molecules in the early synthesis steps, and a number of steps in the final chemical synthesis have been altered and optimized to transition to more environmentally friendly chemicals and to improve the yield.

Much work has been done to scale up the production processes, after starting on a gram scale, we now have a process that provides about 0.5 - 1 kg of the substance Libiguin® per batch. Only when the process can be scaled up, will it be possible to obtain enough pharmaceutical substance to reach the planned pre-clinical trials, including toxicological animal studies and, later, the Phase I clinical trials. 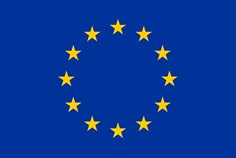 This project has received funding from the European Union’s Horizon 2020 research and innovation programme under grant agreement No 867137.