Jarl Wikberg, the founder of Dicot AB, met Dr. Philippe Rasoanaivo from Madagascar at a conference in South Africa in the early 2000’s. At the time, Jarl Wikberg was working as a professor in the Department of Pharmaceutical Biosciences at Uppsala University. Dr. Rasoanaivo was a professor at the Institute Malgache des Recherches Appliquées (IMRA) in Madagascar, where he studied the effects of plants with folk medicinal use in Madagascar. Dr. Rasoanaivo was able to share his knowledge on the abundant use of plants in folk medicine in Madagascar to Dr. Wikberg; this included information on the root of a tree, Neobeguea Mahfalensis, which grows in southern Madagascar and is used locally to treat decreased sexual ability among older men. He further explained that the locals took the roots and boiled them in water to produce a drink that was used as a cure for impotence. The effect of the decoction was considered to last for a long time after consumption.

Dr. Wikberg, who had previously studied pharmacologically in active substances that affect sexual functions suggested a collaboration with Dr. Rasoanaivo. Dr. Rasoanaivo sent a kilogram of roots to Uppsala, which Dr. Wikberg used to make a decoction. This Decoction was then freeze dried and administered to laboratory animals. The animals were given the powder for three days, which corresponded to the folk medicinal use: the men on Madagascar take the decotion for three days and would then see positives effect from the decotion on the fourth day, lasting at least for a few weeks, possibly even longer.

Initially, Dr. Wikberg believed that the stories of the plant's effects were just one of many exaggerated folk tales about plants with aphrodisiac properties, but Dr. Wikberg found that the animals became more sexually active following the fourth day of taking the decoction and was convinced that there must be a pharmacologically active substance in the decoction that triggered the effect. Dr. Wikberg therefore went to Madagascar to find out more information on the plant's with medicinal use.

Together, Dr. Wikberg, Dr. Rasoanavio ,and a researcher in southern Madagascar, Dr. Benoit Rasolonratovo, arranged interviews with men who had used the decoction from the root. These men independently described their experiences of the drug, and they all have overlaping similarities. The men explained that the tree root was taken as a drink for three days and from the fourth day their sexual ability improved. The majority of those interviewed were aged 60 and over, who had previously experienced a decreasing sexual ability with weak erections and had difficulties in performing intercourse. After taking the drug, their ability had improved drastically. They could now perform sexual intercourse to the end, which they had previously had great difficulties with. Some also stated that their duration of the intercourse increased. The men were able to attest that no side effects occurred after ingestion. They had not noticed any other effect other than their improved sexual ability.

Dr. Wikberg now began an extensive effort to try to isolate the active substance in the roots that produced the desired pharmacological effect. This research resulted in two previously completely unknown substances, which were named Libiguin A and Libiguin B. Both have been shown to have very potent effects on sexual behavior in laboratory animals (link to article).

”Animal studies and data from the folk medicinal use indicate that Libiguin™ has great potential to achieve long-term improvement in the two most common forms of decreased men's sexual health, erectile dysfunction and premature ejaculation.”

Jarl Wikberg, founder of Dicot AB and discoverer of Libiguin™ 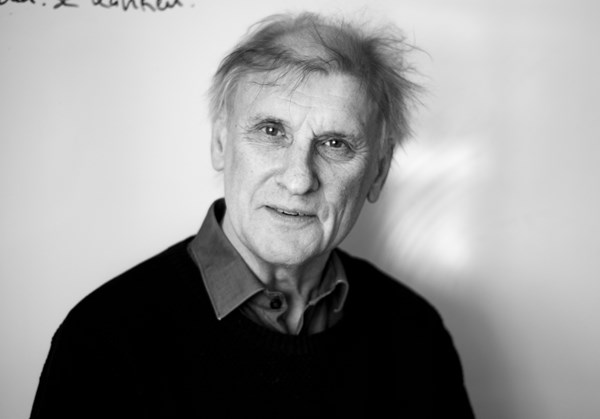 Dr. Wikberg and Dicot have an ongoing collaboration with scientists and doctors in Madagascar. IMRA, Institute Malgache des Recherches Appliquées, has also marketed the decoction locally in Madagascar as a remedy for sexual inability. The doctors that Dicot is in contact with say that the patients have been satisfied and wanted to be prescribed several rounds of treatments. One of these doctors hast stated,“It makes it possible for satisfaction for love making”.

An important aspect of using the roots of the original plant in Madagascar is that when harvest on a large scale, the plant will be eradicated. Therefore, IMRA can no longer manufacture medicine from it, and the authorities on Madagascar do not want to exploit the very limited biological resource that the plant represents. Neobeguea Mahafalensis only grows in a very limited area in southern Madagascar.

The folk medicinal use, as well as the use of the decoction of the plant that has been commercially sold in Madagascar, is an irresponsible use. The stories from Madagascar are anecdotal and the substance being sold is not controlled by any drug standards. Dicot is developing Libiguin® in a controlled and sustainable way. The company is currently implementing a drug development program with the goal of developing a registered drug approved by authorities. Dicot is not dependent on the original tree root from Madagascar and is able to produce Libiguin® through a semi-synthesis from completely different sources of raw material. In this way, Dicot can guarantee that biological resources are not being used in an unsustainable way.

Drug development is a long process that is strictly regulated and controlled by authorities. Dicot is well on its way to being able to bring Libiguin® to the market as a registered drug. 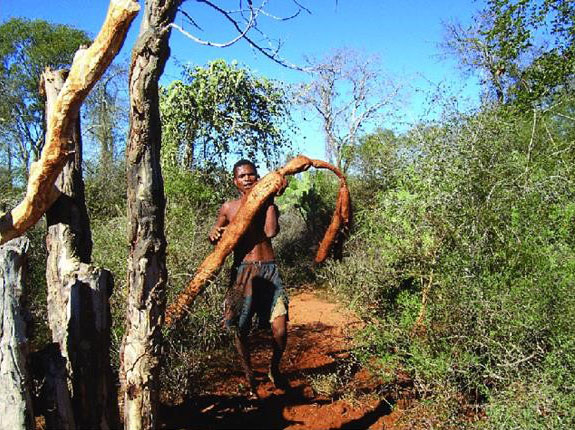 A root from Neobeguea Mahafalensis that has been harvested to produce a decoction for treating men with decreased sexual ability.